“What are my new coworkers going to be like?”

“Can I get my favorite coffee there?”

But, when you decide to take a job that’s almost 1800 miles from where you are, the questions are different and they begin with…

“How am I going to make this happen?”

I’d already had some very long conversations with my wife to make sure that she was 100% on-board with this change before any of the other questions even started. But, there is so much to consider with a move that is that far away. The very fact that I had a Google Sheets file called “Denver Move v2” and that sheet had multiple tabs titled things like “Timeline – Ideal” and “Timeline – Worst Case” should tell you something. Setting something up like this involves so much planning it’s hard to imagine until you’re actually doing it.


We have three cats, Peggy, Dottie, and Simba. Initially, I thought we’d ship our cars to Denver and fly since it’s possible to have each cat in a carrier that will fit under an airplane seat, and then we’d just have to convince someone to fly with us and it would all be over in pretty short order with minimal irritation to three creatures that hate changes to their environment. Then we started playing through different scenarios.


“What if TSA wants to look at them and Dottie–who is terrified of other people–runs off and disappears into an airport?”

“What if there’s a winter storm the day we plan to fly and there’s a weather delay?”

So, we decided to ditch that idea and drive cross-country for three days, which involved renting a large SUV with enough space for the two of us, two cat carriers, and enough stuff to keep us going for the three weeks it would take to get our stuff delivered to our new house that we were buying about two days after arriving in Denver…with three very angry, tired cats, evidenced by how Peggy took her ire out on my “Driving Hat” when she got her claws on it through the bars of the crate we had them in. I couldn’t be angry at her. By the end of the three days of driving, I was pretty much done too.

And I don’t want you to think that the whole escapade was terrible. The lead-up to it was an exercise in organization that tested all of my planning skills, and the actual trip was a test of fortitude and tenacity, especially when we had been on the road for an hour before we hit an ice storm in Pennsylvania that lasted for three hours. However, there was a lot of fun with it. We stopped in Kansas City to see friends we’d not seen in years, and I was able to stop in St. Louis and get some of my favorite beer.

We stopped to see some things along the way that we wouldn’t have had the chance to.

And when we finally made it to Denver and the trip was completed, we were all just so happy to have arrived that it didn’t matter that our new home was covered in boxes. Much like Peggy, we were just happy to be in a home and have a new adventure ahead of us. 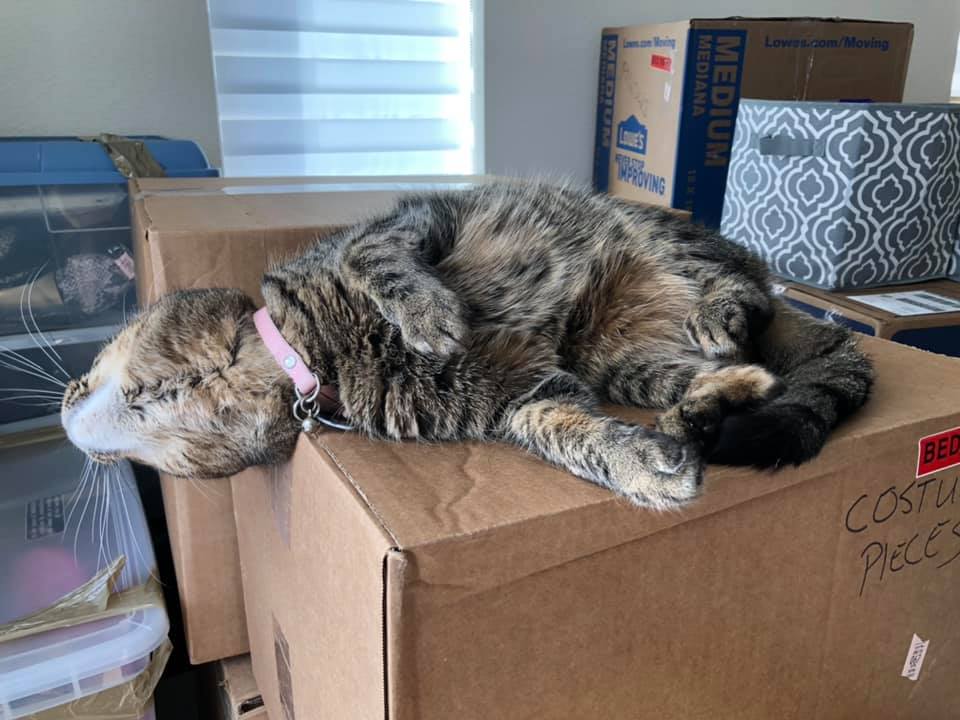