Roller coasters provide a great explanation for how COVID-19 has impacted our lives, our country and the world. They work on the principle of generating a great deal of kinetic energy that powers the car throughout the entire ride. They usually have a slow hill climb at first to build up the energy needed for the whole ride, and while it’s building energy, it’s also building excitement and fear. And that’s why humans love them so much. They provide excitement through fear, with a pretty solid sense of being safe while on the ride. 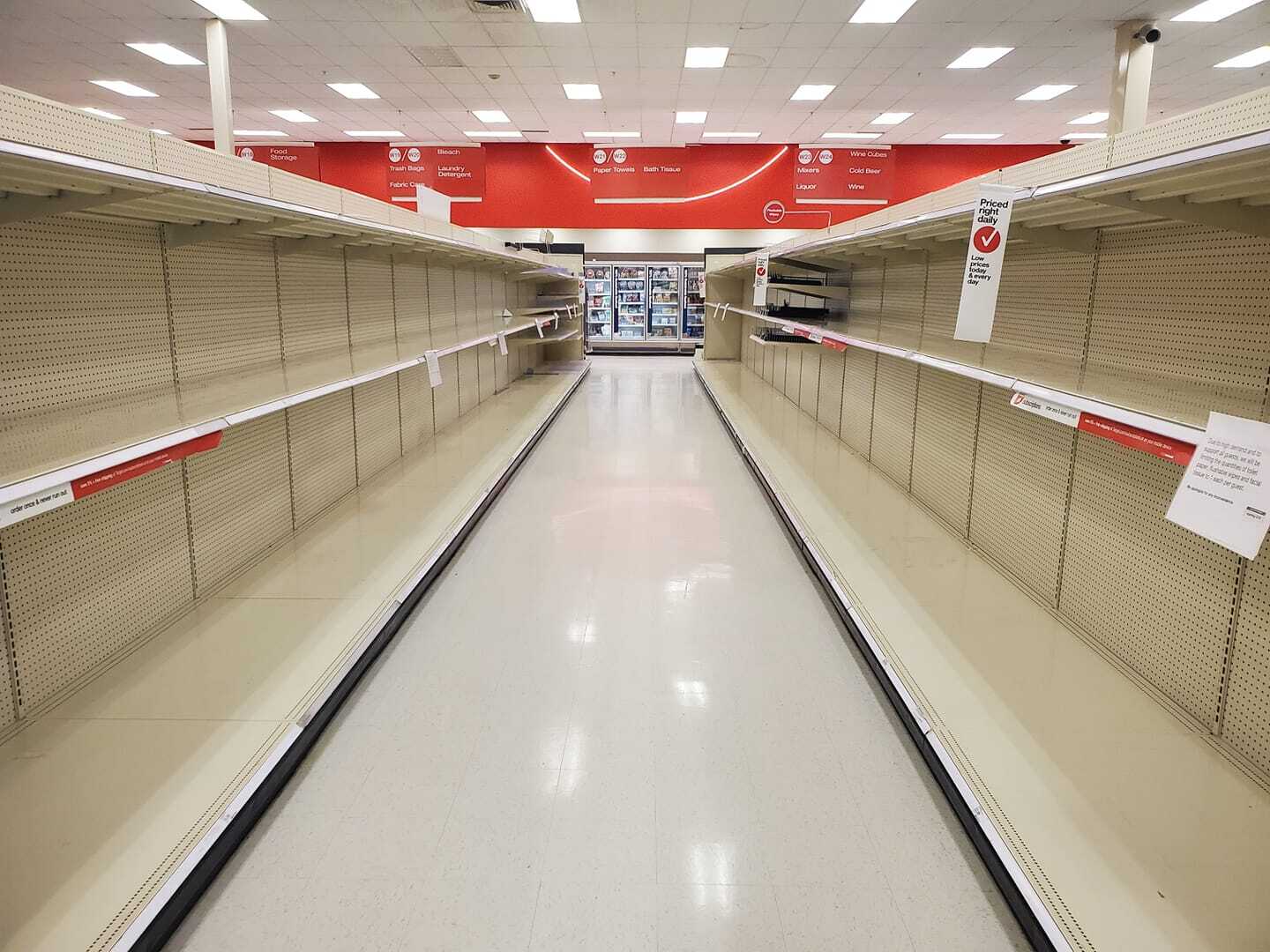 Right now, we’re all on that opening hill of a roller coaster, and the fear is there, but without the sense of safety. We watch the number of cases grow exponentially day by day and we see unemployment go up by rates that none of us have ever seen at least in our lifetimes, possibly in US history. Some of us are in cities that have gone into total lockdown. Even those that haven’t are mostly engaged in serious “social distancing,” which is a new term most of us just learned. And it’s even hard to find things like toilet paper on bare grocery store shelves.

In addition, even though there are prediction models, it’s still not totally clear as to where the top of that hill is or what the rest of the ride actually looks like. That degree of ambiguity about the future and lack of visibility into tomorrow are factors in the shared sense of fear we’re experiencing. Human beings greatly love to have complete pictures of everything in general, and this much uncertainty can be terrifying and lead to a lack of hope.

This new blog series from PAIRIN is designed to bring a little more hope into your lives right now. If we can fill in some of the holes about what the future of the world of work might look like, we aspire to give you hope that even though things will definitely be different, the future can and does look brighter.

This blog series will cover anticipated changes to specific jobs and industries. We’ll discuss how virtual work and working from home will likely change how business will be conducted in the future. Many companies didn’t previously make a move to virtual work because they believed a virtual staff would be too costly or difficult to manage. Now that it’s been thrust upon them, we anticipate some will be more likely to embrace this working style. We’ll also examine how careers in various key industries are going to change, such as:

I want to focus on some general changes we’re likely to see in the world of work. My co-workers and I have been attending a lot of presentations and conference calls from several well-known consulting and research agencies as well as reading a lot of news. There seems to be a consensus around the economic future we’ll likely see. The common thread is that we’re likely to see a deep dip in the economy associated with massive continued unemployment, but we will start to see some improvement later in the year and leading into 2021. So, even though there is a bitter pill now and in the near future, there is light at the end of this tunnel we are entering. We should see the market and the world of work improve in the future.

However, there has been an unprecedented jump in unemployment claims as people are furloughed, laid-off, and some small business owners have had to shut their doors. While some of these people may return to the jobs and businesses they were in previously, many may decide to move on to new careers and jobs. Some may be shaken by the loss they experienced in what feels like an uncertain future and move to something else that feels more secure. This is a natural reaction to something as shocking and unsettling as the kind of job loss our country and the world is witnessing. Others may be intrigued by a new career opportunity in some of the industries and jobs that we’ll discuss in this blog series which have seen a surge as a result of the crisis. This reaction is completely normal in people and may stem from thoughts of exploring a new career they have always been interested in but never acted upon before, and now they are forced to consider because of the situation. 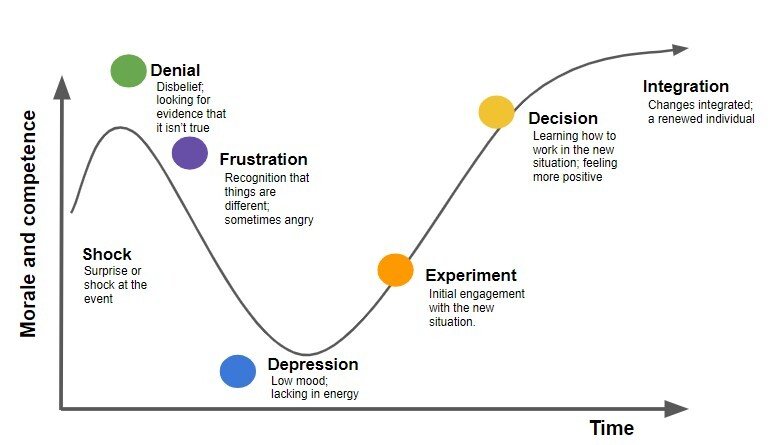 This could all sound very bleak and it may feel that way, but we have good reason to have hope. There’s another parallel to the shape we’ll likely see in the economy and it’s the reaction that people have to change. The Kübler-Ross Change Curve gives us a lot of insight into our own emotions about change–and this is a big one. It even looks like that roller coaster, starting with that big, terrifying drop. And, just like the economy will dip and then rise again at some point, so will the morale of many people affected by the pandemic. Even though we may descend into a depression of mood, we can come out of it by experimenting with our new situation, and when we start to find the parts that work, we can share them with others to help them adjust to the new normal. It is within this rise that we can find much hope.

So when people begin experimenting with their new situation and exploring a new job or career direction, they’ll need resources to help them find information that can immediately help them begin searching for a role that sustains them and brings them joy in the future. That’s where organizations like PAIRIN can be of great service to workforce programs, governments and the individuals displaced by this crisis who may have to find a new direction in their existing career or a new career altogether. Doing a deep dive into an individual’s desires for work with a career interest survey and a soft skills assessment, like The PAIRIN Survey, along with some sort of guided coaching will help individuals in this position find a wide range of career possibilities. This will help us all start looking forward to the future after this crisis is over, and to uncover the good that can truly come from it.

One thing you can take comfort in as we continue on this roller coaster is that we are all on this crazy ride together, and you are not alone. So, stay tuned for future blogs in this series where we will be discussing how the thrust into virtual work will likely play out for all of us after the crisis has ended, as well as the new opportunities in healthcare, delivery and logistics, and tech and IT.