Three days of frolicking in alpine meadows covered in a blanket of wildflowers, sleeping on uneven ground and focusing entirely on putting one foot in front of the other. It was blissful to unplug and get back to the basics, connecting with friends and being in the expansive outdoors. Backpacking the Four Pass Loop in the Maroon Bells- Snowmass Wilderness has been on my bucket list for many years and I finally rallied a group of 6 friends to join me on the adventure. The landscape was even more spectacular than I imagined; deep red cliffs, hillsides entirely covered in over 30 species of wildflowers, and 360-degree views of the majestic mountains. Rather than pulling out our phones to check the weather or look up good camping spots, we gather information from all those we passed on the trail. With thin air, steep slope and heavy pack we were humbled by the four accents.  And we bonded as a group. I had brought together virtually a group of strangers, 27 miles later we were friends laughing and sharing memories. I’m grateful for an epic adventure! 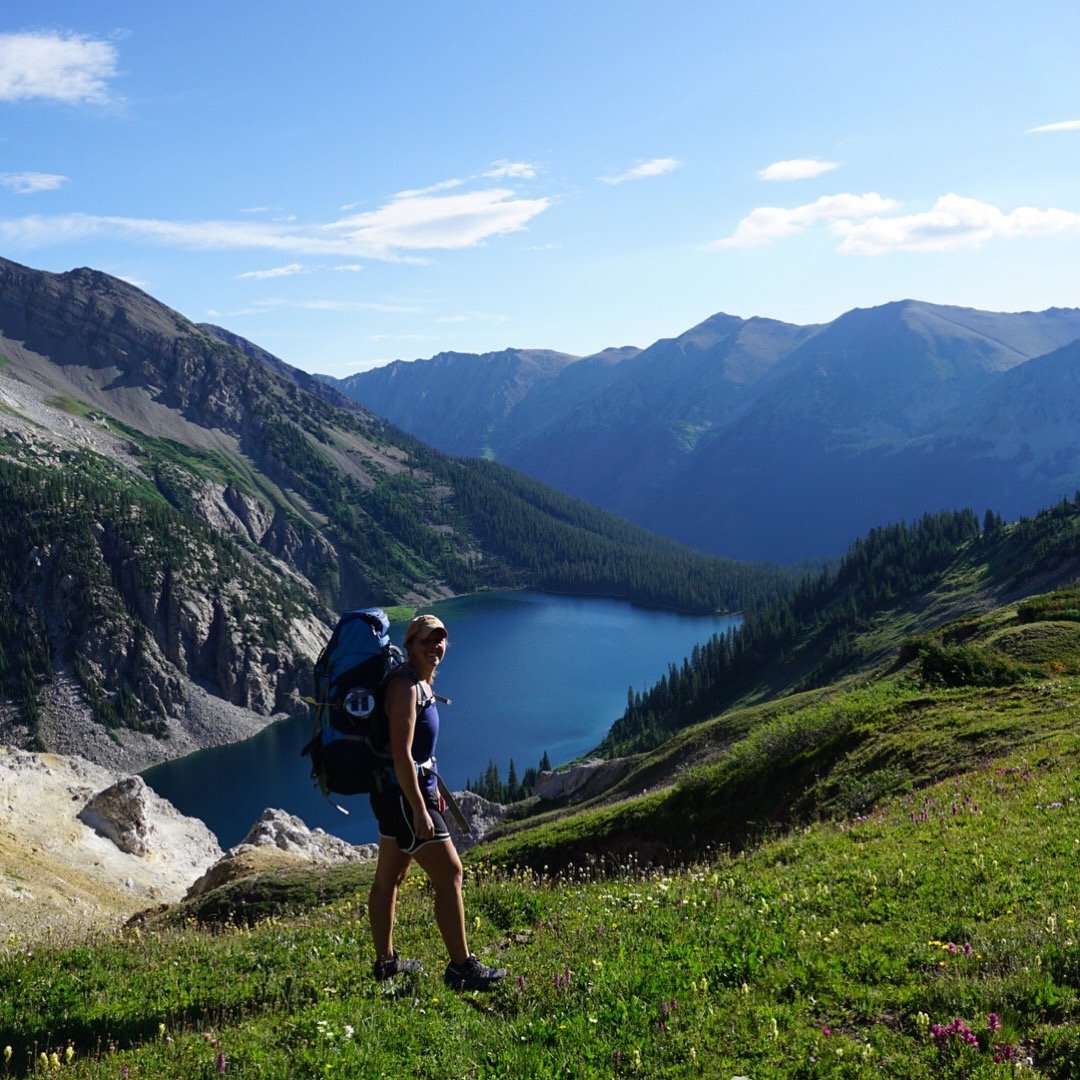