Welcome back to our Future of Work series! Let’s take a look at the tech and IT fields, and then, we’ll have a brief summary of the whole series. Prior to the pandemic, this was a field that was booming, with a capital “B.” Since the O*Net is currently based on data prior to the impact of COVID-19, you can search for IT jobs and clearly see all of them show up as “Bright Outlook” jobs, or jobs that are expected to see the most job growth and/or salary increases. Throughout 2019, IT and tech jobs were on the rise with high salaries, with IT companies receiving the bulk of VC funding. There was also a big push to look at diversity and inclusion at these companies, due to media attention and legal cases putting a spotlight on the issue. Several large tech companies were getting considerable negative attention because they were growing very large, very fast, leading to concerns of them becoming monopolies. Another concern was that approximately a quarter of U.S. jobs were under threat of elimination due to being replaced by technological innovations. This is especially important because many of those jobs, such as food preparation, office administration and transportation jobs are held by lower-wage earners and typically considered to be “boring and repetitive.” 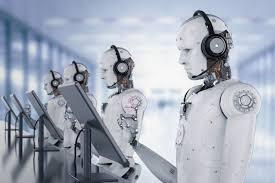 As soon as the pandemic hit, stay at home orders increased, and companies began to–as we explored in a recent blog–create massive virtual and telecommuting workforces. As we all rushed to our home Internet to keep working, broadband companies reported that download speeds dropped by 38% in California and 24% in New York, for example. And with 93% of Americans saying that a major interruption to their broadband service would be a big problem for their household and work, our personal and professional lives are resting on the maintenance of an Internet that wasn’t necessarily designed for this kind of load. This has caused broadband providers to ask gaming companies and other non-essential organizations to limit their patches and system updates to off-peak hours like evenings and weekends, much like the delivery and logistics industry limited non-essential items as noted in our previous blog.

In many ways, the pandemic has caused a big boom to the tech and IT industry because when we rushed to set up home offices, we needed tech related services to help us get set up. And the Economist has reported that relative to all other industries, tech and IT stock has done equally as well as consumer staples (groceries, OTC medication, etc), both of which have performed similar to the top industry, healthcare.

Beyond ramping up to keep our communities working and able to communicate, the tech and IT industry has jumped into the fight to help defeat the virus. A number of companies, including PAIRIN, have been working to create and expand solutions to help reskill and rebuild the workforce when our economy begins to come back. Verizon Media put together a free dataset, API and dashboard to help engineers analyze and work with COVID-19 data. Cisco has been helping healthcare organizations rapidly network their equipment for free. Tableau created a free pandemic data hub, tying together data sources from Johns Hopkins University, the Centers for Disease Control and Prevention (CDC), the World Health Organization (WHO) and others. Google and Apple have developed technology to support contact tracing of those who test positive with the virus.

In each century, our workforce has faced some form of technological unemployment or technology-driven worker displacement. In recent events, COVID-19 was a powerful catalyst to decimate whole industries, much like we have experienced in the past. Historians have identified that this challenge is accelerating and have warned of the dangers of building skills that are limited to a single area or niche specialty, rather than developing more broad, widely applicable skillsets, such as communication, problem-solving and critical thinking. For example, compare  a stone house being built versus a tent. A house is robust with its deep foundation. A tent, on the other hand, is less robust, but can be picked up and moved. When a hurricane is approaching, those in houses hunker down and hope for the best while those with tents can just leave and find a place where it’s sunny. As jobs, occupations and industries grow and die at an increasingly rapid rate, building yourself a tent of skills that help you quickly adapt will be more valuable than simply building a deep foundation in one area that may become obsolete.

So, the tech and IT industry has been doing a lot of work during the pandemic and economic shutdown to try to help, but what will the future look like? Some basic things we can expect are:

But, it’s going to take a lot of innovation to do everything that has to happen in the future. And, there’s a debate taking place in the tech community about innovation, as it appears that COVID-19 may have highlighted how many U.S. companies don’t really build anything new. They don’t innovate. They might update existing technology and fix bugs, but fail to really innovate to solve the world’s problems. John Van Reenen argued in December of 2019–as the pandemic was sparking off–that there are three things that could be used to spur American innovation:

Let’s focus on number three, human capital skilling and restructuring, as it relates directly to our focus on the future of work. Government and industry can work together to examine the existing workforce and how it might be restructured to spur more innovation in technological advancement. There are several potentially “boring and repetitive” jobs (as noted by an earlier article) that could be eliminated by automation and technology. Additionally, some of these jobs require people to work in conditions that aren’t safe for pandemics, which is a current and potential future reality for our society. This leaves a workforce in need of work and totally different industries in need of workers. If we transform and reskill these workers into tech sector jobs that will be needed in the future and train them for future-focused innovation with the soft skills necessary to succeed, we can likely improve our record of innovation and be prepared for future challenges.

We’re already seeing several innovative projects in other countries. For example, Indian social innovation engineer, Kanav Kahol, created the Miaza Mirror. In 2018, Kahol originally created the Miaza mirror to display news, email, social media and direct marketing to people who were standing in front of it while they were washing their hands. As soon as the pandemic hit, Kahol changed focus and transformed his country’s hygiene habits by using the mirror to display proper handwashing practices. At that time, only 35% of people in his country washed their hands before eating, and he hoped to inspire behavior change and help people understand the steps to good handwashing techniques. An initial study showed that 98% of people who used the mirror complied with WHO guidelines around handwashing, as opposed to the 43% who complied when seeing an instructional video. If we can create a new workforce who are flexible and trained to innovate to solve problems, we can potentially change the outcome of future U.S. challenges.

So, that brings us to the end of our blog series about the future of work. We’ve examined how telecommuting and virtual work have changed and will continue to expand in the future, what the future of healthcare and delivery workers may look like, and now, how the future of tech and IT may be impacted. If you’d like to give us some feedback on the series and let us know if you’d be interested in a webinar on the topic, fill out this brief form.